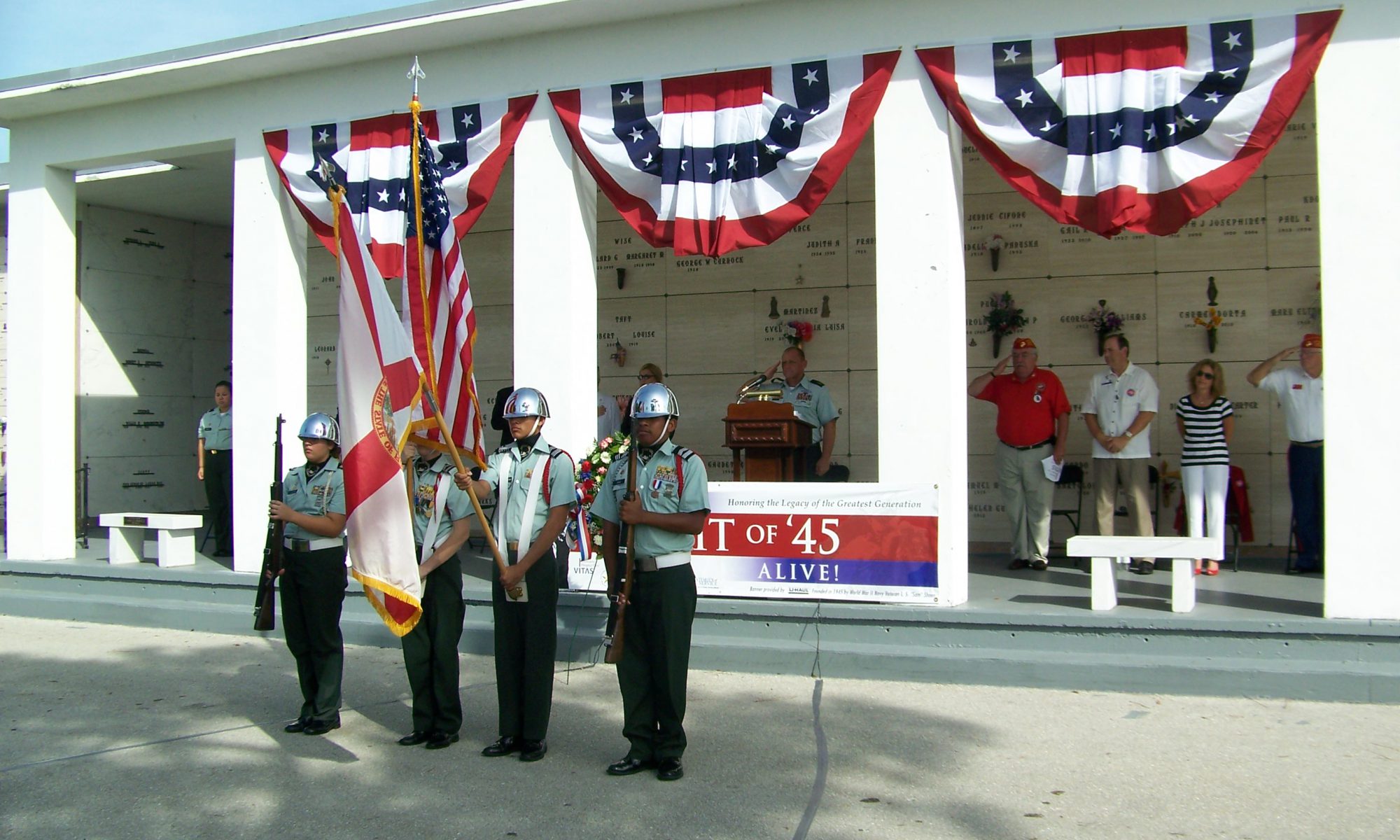 SERVING THOSE WHO SERVED

George Washington noted that America’s great experiment in Democracy depended upon the education of our youth, the future guardians of our liberties.

The wisdom of our sages and blood of our American heroes culminate in the words of Ronald Regan, who echoed Washington’s sentiments, “Freedom is never more than one generation away from extinction. We didn’t pass it to our children in the bloodstream. It must be fought for, protected, and handed on for them to do the same.”

KEEP THE SPIRIT OF ’45 ALIVE National Spokespersons Hugh O’Brian and Edith Shain officially announce the start of the 2010 Spirit of ’45 campaign,

111th US Congress passed a concurrent resolution making the 2nd Sunday in August, Keep the Spirit of 45 Alive day.

Veterans History Project Training
Aug 24 the FL Rep for the LOC’s VHP came to Naples to conduct training for 15 individuals. Lois Bolin and Matt Romary conducted 12 oral histories within 2 month and entered them into the LOC in order to get the attention directed towards Naples Training of conducting oral histories.

Collier County launches Veterans History Project at the Naples Hilton
Honored Guest Producers of Honor Flight the Movie. Lois met them in 2012 at the SO 45 National Leadership Conference in San Diego and suggested they enter film competitions after seeing their documentary. They did not want to do so until they official launch of Aug 14th.  anThe next film festival wasNaples FL. In November 2012- they were featured at the NIFF.

EX DIR of Library of Congress – VHP flew in for the ceremony, as did Director
Of Spirit of 45

Attended by Governor Scott, who stayed to have photographs taken with WWII veterans

Peter Thomas History Fund – established at the Holocaust Museum of SWFL 2013. Proceeds from SO 45 go towards the transportation expenses for students going to Tallahassee, the state competition and National History Day.

CCPS to require 8th grand students to participate in Florida History Fair, which was rescinded by the Teacher’s Union. (Bargaining chip)